For the past few months, Casio has been teasing watch fans with a series of new G-Shock watch releases. The latest by far is the new addition to its G-Shock MOVE lineup of fitness watches—the all-new GBA900 that features several design updates and technological improvements while retaining the same capabilities as its predecessor, the GBD100.

As brands across the watchmaking industry are releasing new designs and updates to their most iconic models, the G-Shock watches from Casio are something that you shouldn’t overlook. Advancements in materials and design features have allowed these models to stand out from the crowd.

Continue reading as we take a look at some of the latest Casio G-Shock watches available in the market today.

Gravitational Shock, abbreviated as G-Shock, is a series of watches produced by Casio. It was first introduced in 1983 in the form of the DW-5000C, an unbreakable watch that wouldn’t break, even when dropped.

The shock-resistant watch was born out of designer and developer Kikuo Ibe’s goal of creating the world’s toughest watch after he lost his beloved watch—a gift from his father—in an accident. Fast forward to the present, G-Shock remains synonymous with a shock-resistant wristwatch. It continues to be the best in terms of toughness and functionality among its counterparts in the same price range.

In addition to shock-resistance, G-Shock watches also have superior resistance to electric shock, water, vibration, gravity, and low temperature. Think of them as a watch of choice among sportsmen and military personnel who don’t mind wearing a bulky accessory on their wrists.

Some other features you would find interesting with G-Shock watches are the following:

G-Shock watches can last for decades. Some watch enthusiasts claim that their G-Shock watches from the 80s and 90s releases are still functioning as new, with their batteries being the only component that requires replacement once every few years. With that said, there isn’t any reason why you shouldn’t consider buying a G-Shock watch. Let’s take a look at some of the latest in the G-Shock lineup.

The new GBA900 is built with all the robust features of a G-Shock but with the addition of proactive technology to support an active lifestyle: an accelerometer and Bluetooth functionality that allows you to measure distance, speed, pace, and calorie burn.

Additional features include a step tracker and graphs to monitor display workout intensity and progress. Design-wise, the GBA900 is presented in a slimmer case with both a multi-functional LCD and analog time display. The lugs have ventilation for better air circulation and moisture-wicking, while the soft urethane band has multiple holes for precise length adjustments and superior comfort.

This model is available in classic black and white colorways, with reference numbers GBA900-1A and GBA900-7A, respectively. It retails for $130.

Casio has one of the most colorful lineups in the industry. But, for its recent release, it has taken the use of bold colors to new heights. The new Casio G-Shock GMWB5000TR-9 is as much a colorful showcase as it is a functional watch, offering a multichromatic version of the classic full metal G-Shock design.

The watch sports the signature 43.2mm by 49.3mm case and a squared-off integrated bracelet design. However, where it takes a turn is with its material and color. Instead of the usual stainless steel or matte titanium, the watch uses the Super-TIX120AFG—a proprietary titanium alloy Casio made in collaboration with Nippon Steel Corporation—for the bracelet. It is presented in highlights of yellow, red, and gray, which are contrasted with a darker dial that allows these elements to be the focus of the model.

Casio powers the model with its in-house 3458 digital quartz module. Like most G-Shock models, it features solar-charging technology, Bluetooth connectivity, and radio-controlled Multi-Band 6 technology, among other variety of complications. It is available through authorized Casio dealers with a retail price of $1,700.

Also banking on the current industry trend in wild colors, Casio subsequently released a limited edition of its high-end MT-G series. The new MTGB2000PH2A Blue Phoenix takes inspiration from the Chinese mythical creature, which is evident through its dramatic gradient ion plating and its already-established legendary status.

With a 51mm by 51.1mm stainless steel and carbon case, this reference will surely make a statement on the wrist, not to mention its rainbow finish that is unique to every timepiece. The Blue Phoenix is available starting June and retails for $1,100.

From the brand’s $100 entry-level designs up to its hand-finished luxury pieces that showcase the traditional Japanese craftsmanship, there’s a G-Shock watch for you. They offer a wide range of bold and varied color options that are the complete opposite of conservative watches.

Casio’s shock-resistant watch has come a long way since the 1980s when over 200 handmade samples were made and tested to destruction. G-Shock watches have been time-tested and with the Casio name attached to the line, you are guaranteed to have a timepiece that you can keep in your wardrobe for a very long time.

You may find a few other sports watches in the market. But, there’s hardly a watch that can equal G-Shock in terms of price and resistance to damage.

Which of these newly-released G-Shock watches is your favorite? Let us know by leaving a comment below.

An excellent holiday destination is Malta. 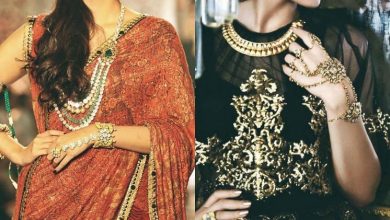 Six Jewellery pieces to accessories with your Kurti 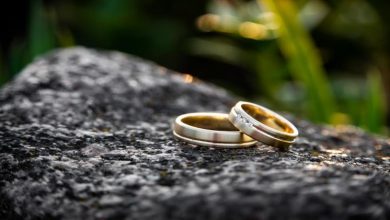 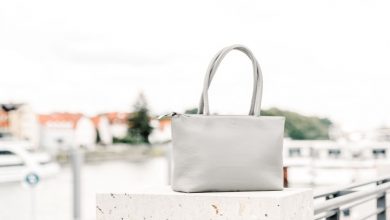 The Practical uses of tote bags 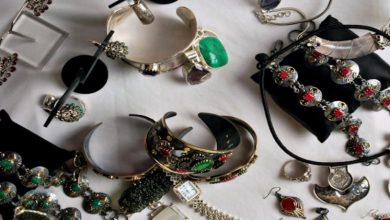