There is good news for grill enthusiasts who were looking for cooking equipment that would allow them to cook everything outdoors in a more elaborate manner. Blackstone has finally understood the joy of outdoor cooking for large groups or families and they are launching their Griddles in Europe that come in a combo with an air fryer and will be readily available only with BBQs 2u online store.

BBQs 2u, an independent family-owned business is an approved Blackstone dealer so they will be getting the stocks first which is due in Jan 2023 or it may arrive sooner too. This family business is passionate about barbecues and is an authorised retailer of Napoleon BBQs, MasterBuilt, Kamado Joe, and Ooni Pizza Ovens.

Since they have a great deal of grilling knowledge, they are always keen to share it with their customers. Blackstone 36-inch Griddles is the latest launch that is been added to BBQs 2u cart that allows users to make a pre-order through this link https://www.bbqs2u.co.uk/blackstone-griddles/1000-blackstone-36-griddle-with-airfryer-1868.html

This indicates that compared to the smaller model, the 36″ griddle has about 38% more cooking space. It comes with a larger preparation area, additional storage areas for tools, food to be cooked, possibly a beverage, and many other items that can be found underneath the cooktop and on the shelves that run along the sides of the griddle.

One of the most important and biggest differences between the 28-inch and 36-inch Griddle is the number of burners that each model has. The 28″ griddle only has two burners while the 36″ griddle has four which increases the heating capacity.

Four burners also provide the chef with better control over the griddle’s heat. The larger model’s heating capacity is substantially greater thanks to the two extra burners. The more the number of burners, the more heat can differ significantly from one area of the griddle to another.

With four burners, it would be possible to cook potatoes at one temperature on one side of the griddle while cooking meat on another.

The additional burners do result in an almost doubling of the heating capacity, from 34,000 BTUs to 60,000 BTUs which means the 36″ griddle has a higher temperature range than the smaller variant.

This is crucial for preparing certain foods and cuisines that call for an extremely hot cooktop a good example is Thai cuisine or grilled flatbread pizza, which usually involves fast, hot cooking. With the Blackstone, the entire setup along with the air fryers integrated into the griddle live on your patio.

Blackstone is more than just another outdoor cooking appliance company and BBQs 2u ensures their customers are not devoid of this opportunity. Customers buying Blackstone Griddles from BBQs 2u online store know they are in safe hands. This is why they do not think twice before investing in a Blackstone Griddle with an air fryer from BBQs 2u. 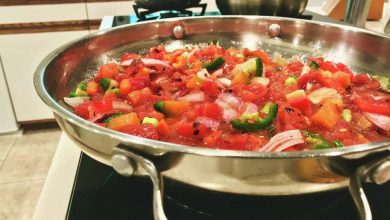 All You Need to Know About Frying Pans 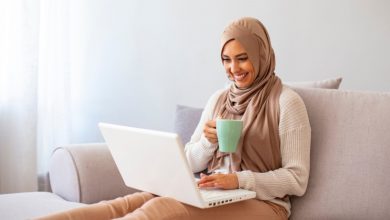 What are the benefits of food packaging boxes?